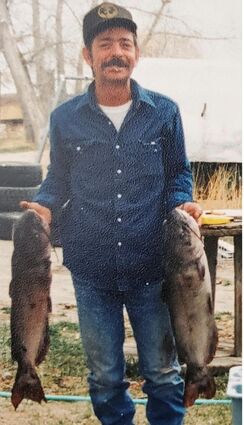 Gordon "Gordy" Burton, 68, passed away Tuesday, December 13, 2022 at his home in Farson, Wyoming. He was resident of Farson since 1990 and former resident of Farmington, New Mexico, Rock Springs, Wyoming and Casper, Wyoming.

He was born on September 9, 1954 in Spanish Fork, Utah; son of Donald Burton and Fern Pearl Fillmore.

Gordy attended schools in New Mexico and was a 1972 graduate of Galina High School. He received his Associate of Arts Degree in Agriculture Mechanics Automotive in Technology from New Mexico State University in Las Cruces, New Mexico.

Gordy worked multiple positions in the Oil Field for 42 years until his retirement in 2020.

He was a member of America Truck Historical Society who enjoyed fishing, hunting, and working on vehicles. Gordon rebuilt his 1977 Kenworth in 2016 to take to three National Truck Shows. He also rebuilt a military mule with Phil Anderson and his son, Ken Burton that was used in Vietnam with a 50-caliber machine gun on the back.

Gordy was preceded in death by his father, Donald Burton; mother, Fern Pearl Hatch; one brother, Michael Burton and one sister, Candice Burton.

Cremation has taken place; a Celebration of Life will be conducted at a later date.

Condolences may be left at www, vasefuneralhomes.com.