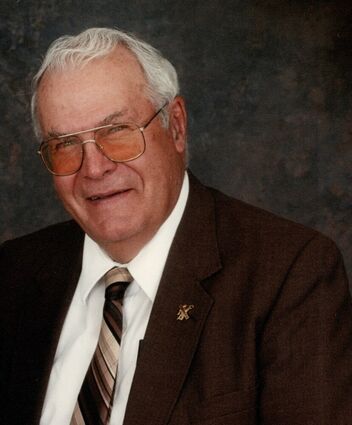 Gerald Lorenzo Smith, 94, passed away on Tuesday, December 20, 2022 at Memorial Hospital of Sweetwater County in Rock Springs, Wyoming. He was a resident of Green River, Wyoming for 55 years and former resident of Evanston, Wyoming.

Mr. Smith was born on December 9, 1928 in Evanston, Wyoming, the son of Lorenzo "Lennie" Andrew Smith and Florence Brough Smith.

On June 3, 1949 Gerald married Helen Mae Peart in the LDS Temple in Salt Lake City, Utah and were life-long members of the Church of Jesus Christ of Latter-day Saints.

Gerald's employment included working construction building the Aspen Tunnel, UPRR as a Locomotive Fireman, Gilbert Bills Funeral Home in Evanston, and Larkin Mortuary in Salt Lake City. In 1967, he purchased Francom Mortuary in Green River and operated it as the Smith Funeral Home for 16 years. During that time, he also owned and operated the ambulance service in Green River. He also worked for Lucky Bucks Bingo for 21 years until 2016.

Gerald was preceded in death by his wife of 63 years, Helen Smith, parents, grandparents, three brothers, one sister, one grandson, and one great-grandson.

Funeral Services will be conducted at 11:00 A.M. on Tuesday, January 3, 2023 at The Church of Jesus Christ of Latter-day Saints, 1000 West 4th North, Green River, Wyoming. Graveside services and interment will be conducted at 2:30 P.M. at The Evanston City Cemetery, 526 County Road, Evanston, Wyoming. There will be a viewing before the service beginning at 10:00 AM.

The family respectfully requests donations be made in Gerald's memory to Primary Children's Hospital, 100 Mario Capecchi Drive, Salt Lake City, Utah 84113 or charity of your choice.