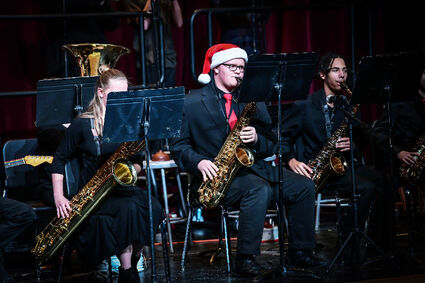 Students at Green River High School are often involved in a number of activities, from sports to speech and debate to theater. But one of the main activities is sometimes overlooked - often because they're supporting other events from the sidelines. But that's one of the main parts of their job.

"Typically, our biggest goal when we play at sporting events and everything is to support the team, support everyone else who's there, and support the Wolves, because that's the whole point," Quinn Kalinski, the GRHS band director, explained.

The high school band may not be the main focus at a foot...