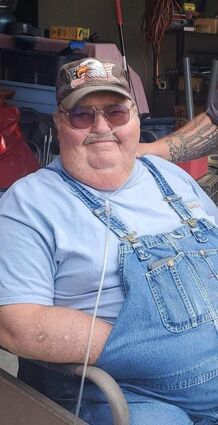 Glenn Alan Starkey, 72, passed away Friday, December 16, 2022 at Memorial Hospital of Sweetwater County in Rock Springs, Wyoming. He was a resident of Rock Springs for 40 years and was a former resident of Yuma, Arizona.

He was born on February 22, 1951 in York, Maine; the son of Nahum Joseph Starkey and Ruth Kathleen Robinson

Mr. Starkey attended schools in Yuma, Arizona and was a 1969 graduate of Yuma High School.

Mr. Starkey married Ellen Marie Madson in Rock Springs, Wyoming in 1985. She preceded him in death on September 26, 2000. He then married Jeanne West in Mesquite, Nevada on February 9, 2004.

Mr. Starkey worked for Bridger Coal Company for 25 years having retired in 2005 as a Heavy Equipment Operator.

He enjoyed spending time with family; hunting; working on cars; traveling to trap shoots; gun shows and car shows. He also loved his boat and fishing.

Funeral Services will be conducted at 10:00 A.M. Thursday, December 22, 2022 at the Vase Funeral Home, 154 Elk Street, Rock Springs, Wyoming. Graveside Services and Interment will be in the Rock Springs Municipal Cemetery. Friends may call one hour prior to services.