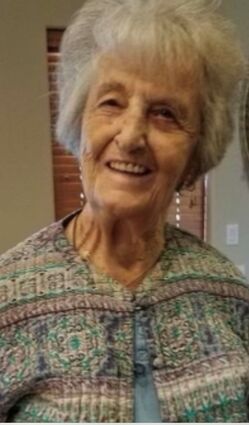 She was born April 11, 1932 in Rock Springs, Wyoming; the daughter of William T. Welsh and Lillian Hickerson Welsh.

Mrs. Daniel attended schools in Rock Springs and was a 1951 graduate of Rock Springs High School. She received her certification for Air Traffic Controller in Omaha, Nebraska.

She was a member of the First United Methodist Church.

She enjoyed spending time with her family and especially her grandchildren; fishing; camping and going to the cabin in Pinedale.

She was preceded in death by her husband James A. Daniel Sr. parents William and Lillian Welsh; two brothers, Joseph Ted Welsh; Robert Welsh and one son-in-law Alex Cordova.

Funeral Services will be conducted 11:00 A.M. Tuesday, December 27, 2022 at the Vase Funeral Home, 154 Elk Street, Rock Springs, Wyoming. Graveside Services and Interment will be in the Rock Springs Municipal Cemetery. Friends may call one hour prior to services.