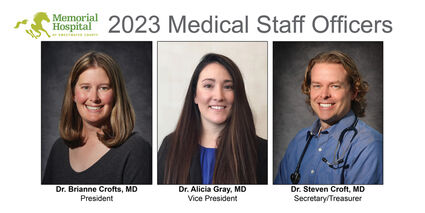 The Medical Staff of Memorial Hospital of Sweetwater County has elected new officers for the coming year.

Melinda Poyer, DO, is employed as the hospital's chief medical officer.