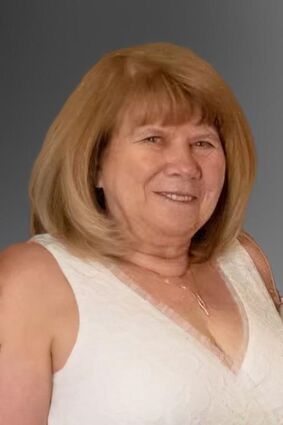 Linda Sue Garner, 71, passed away peacefully on Friday, December 9, 2022 at her home, surrounded by her very large family. She courageously fought lung cancer for four years.

Linda was born in Ontario, Oregon on April 6th, 1951, to Wilson and Delta Keck. She spent her childhood in Payette, Idaho and Brigham City, Utah. She was the fourth of five children. Her siblings include Larry (Rae) Keck, Cheryl Tarbet, Sarah (Gordon) Snow and Carla (Alden) Caldwell.

Anybody who knew Linda knew about her giving spirit. No matter how she spent her time, it was generally in service to others. She had a 35-year career as a Respite Care Coordinator for VIRS Respite Care. She also directed the Tree of Sharing in Sweetwater County for over 20 years and brightened the lives of countless children in need.

Equal to her giving spirit was Linda's passion for travel and adventure. Linda wanted to see the whole world and she nearly accomplished that goal. Some of her favorite trips included New Zealand, Costa Rica, Maui, the Mediterranean and her most recent trip to Norway and Iceland. It wasn't uncommon for Linda to drag 15 or more family members along on her world travels. Grass never grew under Linda's feet. She was always one to try new foods or go on any adventure (except for those that included heights). Never was there a dull moment when Linda was around.

Linda was also an exercise enthusiast and overall health fanatic. She managed to (sometimes begrudgingly) drag her family along on her health journeys as well. Her other great passion was reading. Linda would read anything and everything, but preferred Stephen King and thriller/mysteries.

Linda was only given 71 years here on earth, but she made each one count. Her husband, children and grandchildren were the light of her life and her relationship with her sisters and brother was deeply cherished. She was an amazing mother, grandmother, sister, aunt, and friend. She touched the lives of so many people. She will truly be missed and will never, ever, be forgotten.

She was preceded in death by her parents, her father-in-law Butch, and her brothers in law Jerry Garner and Alden Caldwell.