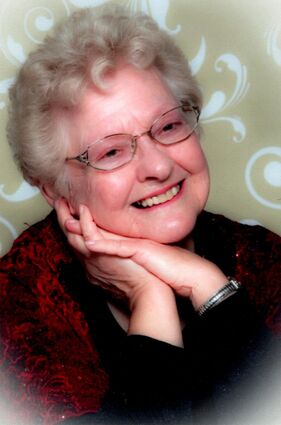 Barbara Hartley, age 86, died peacefully at her home in Rock Springs, Wyoming on December 4, 2022 with her family by her side, under the care of Sweetwater County Hospice.

Barbara was born January 16, 1936 in Richmond, Virginia, to Bernard and Ruby (Jerrigan) Glidewell.

Throughout the years when not busy raising her family, Barbara held multiple jobs.

Barbara had a passion for singing, especially Patsy Cline songs, sewing and was a jigsaw puzzle junkie.

However, Barbara's true calling: her unfaltering faith and belief in God. It was this from which she drew her strength and trust that guided her throughout life and during her journey with pancreatic cancer. Barbara never faltered. She considered her cancer a journey, not a battle or a fight.

She was preceded in death by her parents, and one brother, Bernard Glidewell Jr.

We know Mom is home now, at peace. When she appeared at Heaven's gate for family greeted her and as she stood before God, He opened up his arms and said, "Welcome home Barbara Ann...Welcome Home."

The family respectfully requests if you see a tree of sharing this holiday season, grab a tag and fulfill the list in memory of Barbara.

Condolence may be left at http://www.vasefuneralhomes.com.