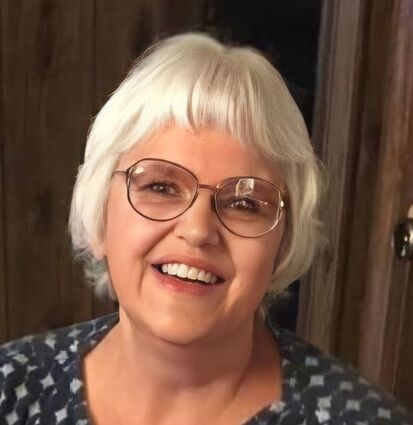 Paulette Irene Lamb (Klassen), 61, passed away suddenly Thursday, November 24, at her home in Yakima, Washington. Mrs. Lamb died following a lengthy battle with Pulmonary Fibrosis. She also lived with the daily challenges of Stargardt disease which left her with limited vision.

She was born February 10, 1961, in Paynesville, Minnesota, the daughter of Erwin Klassen and Evelyn Klassen.

Paulette was a resident of Green River the majority of her life. She was an LPN-Nurse who began her career in Rock Springs, working for various doctors at various facilities. She then continued the majority of her lengthy career working for Castle Rock Medical Center in Green River, working for Dr. Long, Dr. Sloan and Dr. Amy. After her time there, she worked the remainder of her career at Castle Rock Rehabilitation Center, where she cared deeply for the elderly patients she served.

Paulette loved serving people and dedicated her life to the care of others. She loved her family and traveled many miles to watch her children participate in football, basketball, baseball, swimming, track, theater, music, and other various activities. There weren't many events in her children's lives that she would miss. She then followed her wonderful grandchildren to Yakima, Washington to make sure she wouldn't miss a moment of their lives. She enjoyed spending time with her amazing husband. For 37 years they spent very, very little time away from each other and loved doing life together.

Paulette was highly respected in the medical and nursing community. She was a strong advocate for her patients and would go the extra mile to make sure they were well taken care of. She would often volunteer to work Thanksgiving and Christmas to sacrifice so that other nurses could spend the holidays with their small children. She lived her life sacrificially for the sake of others.

She was preceded in death by her parents Erwin and Evelyn Klassen, her father-figure Tom Wall, her brother-in-law Waldo Goodsen, and Amber Wall, whom she considered a niece.

Survivors include her husband Dick Lamb and her sons Cody Lamb, Justin Lamb and Weston Lamb-Costantino. She also leaves behind her son-in-law Jack Costantino and daughter-in-law Molly McGree Lamb, as well as her wonderful grandsons Daniel Lamb, Connor Lamb, and Liam Lamb. She was the youngest of seven daughters in which she leaves behind Marlys Goodsen, Marilyn Getsch, Barbara Estwick, Betty Masters, Rachel Halvorson, and Grace Paulson as well as her brother-in-laws and many nieces and nephews. She also had her "Wyoming Family" as she leaves behind her mother figure Paula Wall and sisters Rhonda Wall, Stephanie McCann, Debbie Gardea with their husbands and their wonderful children and grandchildren.

Donations in her honor can be made to St. Jude Children's Research Hospital at stjude.org and/or Shriners Children's Salt Lake City at shrinerschildrens.org/en/locations/salt-lake-city.