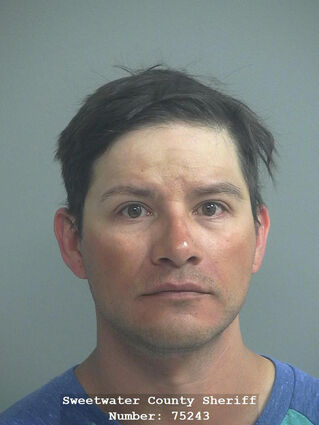 Editor's Note: This is the full press release from the Sweetwater County Sheriff's Office about the sex offender who was recently sentenced. It includes details of sexual assault that may be disturbing.

A 44-year-old registered sex offender, a foreign national from Mexico who has been living in the country illegally after being deported after a sexual assault conviction in Uinta County, Wyoming in 2001, will now spend the rest of his life behind bars for the kidnapping and sexual assault of an eight-year-old Rock Springs girl earlier this year.

In a joint release today, Sweetwater County Attorney Dan Erramouspe and Sheriff John Grossnickle announced that Luis Saavedra Villa, 44, who was living in Rock Springs and working for a local oil field company, was sentenced yesterday afternoon after pleading no contest during a hearing before Third Judicial District Court Judge Suzannah Robinson.

Saavedra Villa will serve 80 years to life on one count of aggravated kidnapping and 45 to 50 years on one count of first degree sexual assault of a minor. Robinson ordered the sentences to run consecutively, for a minimum total of 125 years, meaning that Saavedra Villa is to spend the rest of his natural life in prison.

Saavedra Villa's case stems from a sheriff's office investigation earlier this year. In June, sheriff's deputies and detectives responded to a residence north of Rock Springs, after the victim reported to her brother that she had been sexually assaulted the night before.

Investigators soon learned that Saavedra Villa, a family friend known to the child as "uncle," had picked up the young girl at her residence during the evening, while the child's mother was at work, took the child to McDonald's, and then sexually assaulted her in his work truck before dropping her back off at her home. The young girl tried to escape during the sexual assault, but Saavedra Villa locked the truck's doors and would not let her get out of the vehicle. Saavedra Villa also forced the girl to clean up her own blood from his truck after the assault.

After a medical and forensic examination at Memorial Hospital of Sweetwater County, the child was immediately transported for emergency surgery at Primary Children's Hospital in Salt Lake City, Utah for injuries she sustained during the sexual assault.

Both Erramouspe and Grossnickle credited the outcome of this case to the unparalleled bravery of the young child victim during the investigation, the due diligence of investigators, and a collaborative effort by both agencies, which allowed for a successful prosecution to the fullest extent of the law of this heinous and brutal attack by a predator who will never again have the opportunity to victimize another innocent child, all without ever risking re-victimizing her by needing her to testify at trial.