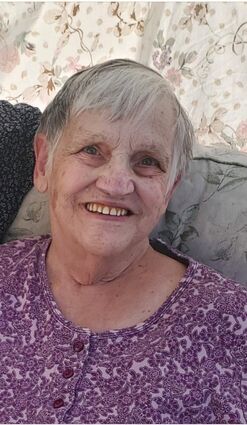 Linda Kay Croson Tosh Shively, 79, passed away Monday October 31,2022 surrounded by her loving family at her home in Rock Springs, Wyoming. She was a resident of Rock Springs for the past 40 years and a former resident of Pinehurst Idaho. Linda died following a courageous battle with cancer for the last seven months.

She was born September 27, 1943, in Coeur d' Alene, Idaho, the daughter of Lyle H Croson and Amy B. Cummings Croson.

Linda attended schools in Idaho and was a 1961 graduate of Coeur d' Alene High School.

Linda worked for Taco Time for 10 years having retired in 2007 as a cashier.

She loved spending time with her family, friends and grandchildren; going to Taco Time; square dancing when she was able and watching game shows.

The family respectfully requests donations be made in her memory to Hospice of Sweetwater County, 333 Broadway Street, Suite 220, Rock Springs, Wyoming 82901.

Cremation will take place. A celebration of Life will be conducted at a later date.