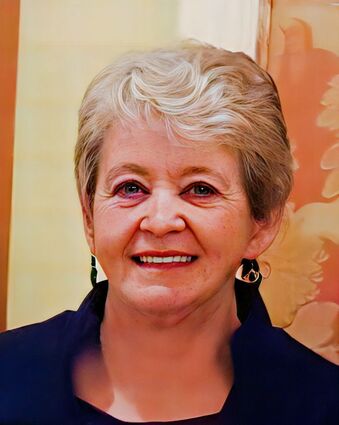 She married the love of her life Jerry Torres on January 19th, 1966.

Jan was named Professor Emeritus at Western Wyoming Community College following a 43-year career, with 22 of those years teaching as a Professor of Psychology.

Jan was Entrepreneur Task Force Chair and Treasurer for the Wyoming Council for Women. Jan also served as vice-president for Sweetwater County Hospice and as a member of the Actors' Mission Executive Producers. She volunteered as a community educator for the Wyoming Alzheimer's Association and recently completed two certificate programs on Alzheimer's from the University of Wyoming. A Licensed Professional Counselor in Wyoming, Jan also was a Nationally Certified Counselor. She previously served on the Wyoming State Board of Education, the Southwest Counseling Board of Directors, and the Sweetwater County Library Board. Jan also served on the Governor's Committee for crime victims' compensation and volunteer information and referral board.

Jan was an avid golfer and enjoyed spending time with family and friends. She shared a love and passion for the arts and enjoyed attending the theater. Jan loved traveling with her husband Jerry and could integrate herself into any community in which she landed. She was a defender of women's rights and an advocate for women's issues.

She was an Angel to so many and would be the first one there in time of need. Jan was highly respected for her caring and hard-working character and was loved by so many.

Jan considered her crowning achievement a 50+ marriage to her husband Jerry.

She was preceded in death by her parents, two brothers, and 3 sisters.

Cremation will take place and a Celebration of Life will be held at a later date.