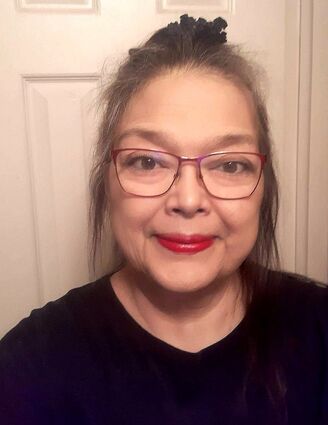 Corinne Joanne Concepcion Flores (Powell), 59, passed away in the early hours of Wednesday, November 2, 2022 peacefully at the home she shared with her dear friend from lengthy health issues, as well as an unexpected illness that made her pass suddenly.

She was born April 9, 1963 in Hagatna, Guam to Gloria and Jose Flores.

She resided in California and graduated from Crestmoor High School in San Mateo, CA in 1981. She later moved to Rock Springs, WY in 2007 where she married Jerome Powell in 2010. They later divorced in 2019.

Corinne loved her family. She cherished every moment that she had with them. She was the biggest supporter, number one fan, and greatest love to her children, Gerald Torrey III and Karrington Torrey. They were her greatest accomplishments. She was so excited to see her children grow and become who they are meant to be. There were many milestones her children have that she made her goal to attend.

She loved so deeply, that a stranger would even know there was love in a world full of dread. She never let anybody think they were alone. She filled everyone's hearts with laughter, smiles, and hugs. There wasn't a person she wouldn't talk to at any time, anywhere. She was the 2 AM phone call when you needed someone. Her voice made sure you knew that everything was going to be okay.

Corinne loved music and dancing. Walking into her house, it would be filled with voices of many different artists that made her heart happy. She would often be reading a book, playing a game, or talking to a dear friend/family member. She also loved traveling when she could, and visiting different crystal shops.

"It's Bubbas turn to have Momma, and she gets to see her Momma again. Peace is all I can ask for her" - Karrington Torrey

Survivors include her children, Karrington Torrey(22) of Rock Springs, WY and Gerald Torrey III(27) of Antioch, CA, brother Ron Flores and father Jose Flores of San Ramon, CA, her soon to be son-in-law Manuel Renteria of Rock Springs, WY, as well as many other family that were like siblings, and friends that became family.

She was preceded in death by, her mother, Gloria Flores of San Ramon, CA, sister, Mary Bibbs of Redwood City, CA, her older sister Baby Rose and first grand child Peyton Lee; who were to perfect for the world to meet, and other friends and family that made her exit from this world as easy as they could.

Cremation has taken place; a Celebration of Life will be held at a later time.