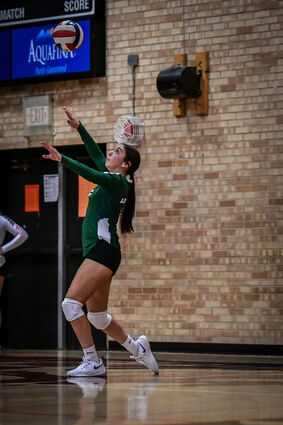 Jayla Braden serves the ball at a previous home game in Green River.

The first two matches they fell a little behind, but ended the third match with a close score of 29-27. The girls obviously ended with a great fight and determination, which is amazing. The close match gave the girls some more confidence, especially because they were playing the best team in the state.

The game against the Rock Springs Tigers, on October 29, was no doubt a fight to the end. The Lady Wolves took the game to four inten...