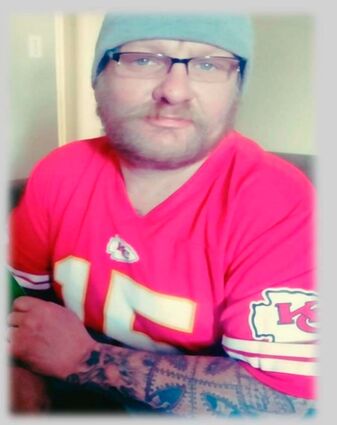 We are sad to announce that Joseph Frank Herman, 42, passed away following a sudden illness, in the early hours of October 17 in Thayer, Missouri.

Joe was born on his mother's birthday, December 15, 1979, to frank Herman and Jeanette Carroll in Casper. Joe lived with his mother and father until the passing of his father in 1982. Jeannette later got remarried to Rodney Hill of Green River, who adopted Joe through love.

Their family relocated to Green River in 1991, where Joe completed high school. Soon after Joe was blessed with a son and started his career in the oilfield. If you know Joe then you know how fun he was to be around. There was never a dull moment and he loved living life on the edge.

In 2004 Joe met the love of his life, Carrie Robinson. Throughout their marriage, Carrie remained by Joe's side as his job would often require relocating. In 2020, Joe and his family moved to Thayer, Missouri, where he sadly passed with his wife and children by his side.

Joe loved the outdoors. His hobbies consisted of swimming, camping, fishing, riding dirt bikes, four-wheeling, and cooking. Although his wife cooked most of the time, he took pride in preparing a nice meal. Joe loved Thanksgiving Day and hanging out in Ruby Mountains with his Oma and Opa. Joe was very protective over his sisters but also loved being around his family and friends.

He is preceded in death by his father Frank Herman of Casper; uncle Reggie Hill of Denver, Colorado; "Opa" Michael Carroll of Spring Creek, Nevada; and Mr. Robinson of Thayer, Missouri.

A potluck celebration of life will be conducted at the Holiday Inn Banquet Room on Saturday, November 19 at 2 p.m. We encourage family and friends to bring a dish prepared for 20 people. Please don't wear black and bring your special memories of Joe to share with the family.