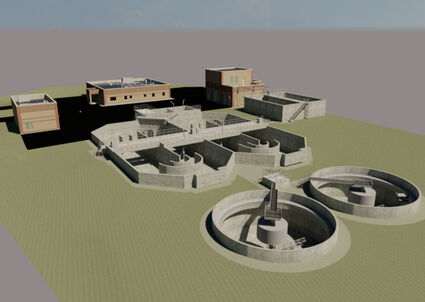 The State Loan and Investment Board (SLIB), made up of the top five elected officials in Wyoming, awarded the City of Green River $6.25 million from a portion of the State's Federal ARPA funds.

The City had requested $7.5 million, the maximum allowed, to help fund the proposed Wastewater Treatment plant. The SLIB board met recently in Cheyenne to consider $50 million of allocated money to be used toward water/sewer projects all across Wyoming. Over 100 projects were submitted. Green River was recommended for full funding. However, after discussion, several smaller town projects, not recommended for funding, were funded, while larger Cities saw their recommended funds cut.

Green River Public Works Director Mark Westenskow says while not getting the full amount is disappointing, the fact the City will get $6.25 million is a good thing, and will help get the new treatment plant moving forward. Westenskow thanked the SLIB board for awarding the dollars to the City.

The City estimated the cost of the project to be $28 million. However, when bids were opened two years ago, the low bid was $36 million. In addition to the rate increases to users and loans, the City has been aggressively pursuing grant funding such as this to reduce the burden on the ratepayers in the City.