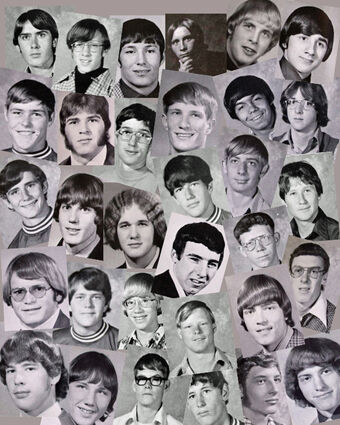 Athletes from the GRHS Class of 1974 were inducted into the Hall of Fame as a group.

Green River High School recently added several new GRHS graduates into the Hall of Fame. The inductees were honored during the Wolves varsity football game against Rawlins Sept. 9 and officially inducted during the 2022 Hall of Fame Banquet the next night.

One unique addition to the Hall of Fame this year was an entire group of sports and activities teams from 1974, added together "because of their vast achievements" according to Athletics Director Anthony Beardsley.

Tom Wilson was a graduate of Green River High School in 1974. He played football, winning many state honors. He was selected to play in the first Shrine Bowl.

Upon graduating from the University of Wyoming he taught Welding shop at Rock Springs High School and received Teacher of the Year. He taught Woods, PE, Architectural Design, Construction Technology, and Tech Lab at the middle school. He wrote the first BOCES Grant for equipment for Monroe Middle School and East Junior High's tech labs.

Tom taught Welding, Architectural Design and Tech Lab and GRHS as well as coaching the varsity football program and holds the most wins of any coach in school history. He was selected as 4A West Coach of the year 3 times.

He was Dean of Students/Activities Director for GRHS and later Activities Director, retiring in 2015. He was selected as Wyoming AD of the year, served as president of the WIAAA and won the State Award of Merit. He was the Wyoming Leadership Training Coordinator for WIAAA, along with three-time nominations for the National Frank Kovaleski Professional Development Award. He was the only recipient in the US to receive the National Jim Teff Award.

He served on the National Endowment Committee, served on the NIAAA Section 8 as well as the National Scholarship Committee and earned his Certified Master Athletic Administrator. Only four AD's in the history of Wyoming have earned this distinction. Tom was the force behind the Green River Hall of Fame which began in 2009. Following Tom's lead, many schools around Wyoming have implemented the same recognition of achievements of past students, staff and teams in their high schools. In the fall of 2015 Tom was rehired to be a welding instructor at GRHS.

Jeff Bauer grew up in Green River and attended Green River High School. He is an internationally recognized health futurist and medical economist. He has more than 300 publications on healthcare delivery.

As a consultant, he has assisted hundreds of provider, purchaser, and payer organizations with strategic planning and performance improvement initiatives. He served as Vice President for Health Care Forecasting and Strategy for ACS, a Xerox Company, from 1999 to 2010. His own consulting firm, The Bauer Group, specialized in consumer-focused strategic planning and clinical affiliation agreements for multi-hospital networks from 1984 to 1992.

In addition, Dr. Bauer was a full-time teacher and administrator at the University of Colorado Health Sciences Center in Denver from 1973 to 1984. He also served for four years as Health Policy Adviser to Colorado Governor Richard D. Lamm. From 1992 to 1999, Dr. Bauer was a visiting professor in Administrative Medicine at the Medical School of the University of Wisconsin-Madison.

Mike Hamel graduated from GRHS in 1982. In high school he was a Wyoming State Champion and All-State football player. He also won a National Championship in Greco-Roman wrestling and placed 3rd at the World Cadet Championships in 1980. His senior year he was named All-American by USA Wrestling.

While he attended the University of Wyoming, Mike was a two-time Western Athletic Conference (WAC) Champion, a three time Mountain Intercollegiate Wrestling Association (MIWA) Champion, won 12 tournament titles, was the WAC "Rookie of the Year," and set both the freshman and all-time pin records at the university (both still stand today). Mike was selected as a second-team Freshman All-American by Amateur Wrestling News, finished in 2nd in all-time career wins at the University, and was on three WAC Championship teams. In 2017, Mike was inducted into the UW Athletics Hall of Fame.

Mike pursued a career in administration and served in various different administrative positions for 13 years in Green River. He became the inaugural principal at Cheyenne South High School and stayed in Cheyenne for three years before leaving for Laramie to become an assistant superintendent. He accepted the Superintendent position in Rawlins and has been there for the last five years.

Brent Foster graduated from Lincoln High School in Green River with the Class of 1957.

In 1961, Brent joined the United States Navy and in 1965 he served in the Vietnam War. He retired as a Commander from the Navy in 1982. During his time in the Navy, he was recognized for numerous things over his career, but one of the most notable wasn't discovered until decades later. Brent was the principal pioneer in the creation and development of the new maritime patrol tactical aircrew protocol and procedures. He helped write the book on airborne antisubmarine warfare and was one of the very first commissioned U.S. Navy tactical coordinators, initially assigned to VP-22 in the early 1960s. He flew in both the P2V and the new P3A.

He set the bar exceptionally high a half century ago, ensuring that those who came later were held to those lofty standards.

Green River High School Class of 1974 and some of the underclassmen were very unique in the GRHS History. 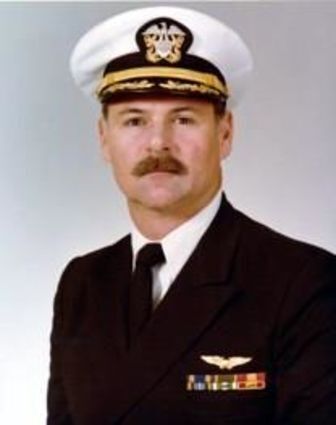 The accomplishments, accolades, and overall triumphs of this class may never be seen again in Green River history.