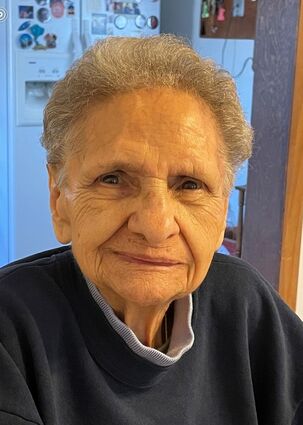 Mary Rosanna Muniz, 93, passed away at her home peacefully surrounded by her family Saturday, September 3, 2022 in Rock Springs, Wyoming. She was a long-time resident of Rock Springs and former resident of Green River, Wyoming.

She was born October 3, 1929 in Antonito, Colorado; the daughter of Jose T. Vigil and Isabelle Lopez.

She married Jose Ruben Muniz March 24, 1946 in Las Vegas, Nevada. Their marriage was later blessed at the Our Lady of Sorrows Catholic Church in Rock Springs. He preceded her in death on December 29, 1998.

Mrs. Muniz was a member of the Holy Spirit Catholic Community.

A rosary will be conducted at 10:00 A.M. Tuesday, September 13, 2022 at Our Lady of Sorrows Catholic Church, 116 Broadway Street, Rock Springs Wyoming. A Mass of Christian Burial will follow immediately at the Church. Graveside Services and Iternment will be in the Rock Springs Municipal Cemetery.