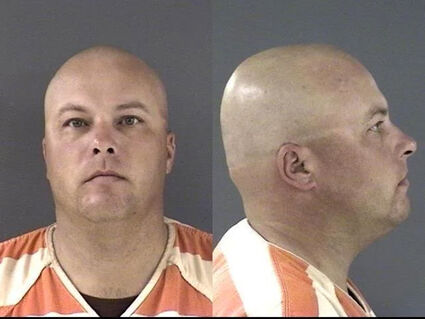 Gabriel Testerman is seen in a picture provided by the Laramie County Sheriff's Office. Testerman is a sergeant with the Wyoming Highway Patrol, but has been on administrative leave since May 2 pending a Laramie County criminal investigation, according to WHP. He was arrested Aug. 30.

CHEYENNE - Prosecutors from the Sweetwater County and Prosecuting Attorney's Office will handle a criminal case against a Wyoming Highway Patrol trooper.

County and Prosecuting Attorney Daniel E. Erramouspe and his office have been appointed in the case, Erramouspe confirmed Friday.

He declined to answer questions about why his office had been tasked with prosecuting the case.

"I can't give any details at this time, not even on that," Erramouspe said Friday by phone.

Sgt. Gabriel Testerman was arrested Tuesday by the Laramie County Sheriff's Office, according to a Highway Patrol news re...