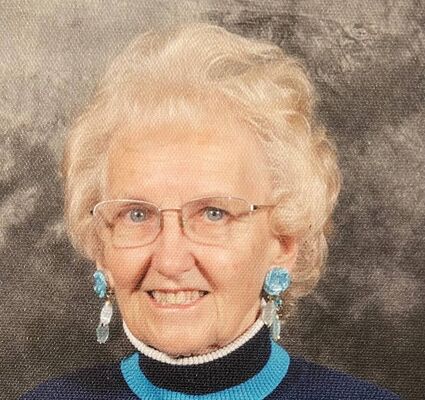 She was born April 20, 1933 in Hannibal, Missouri; the daughter of Stanley Gottman and Helen Weller.

Mrs. Thompson attended schools in Kirksville, Missouri and was a 1951 graduate of Palmyra High School. She received her Master's Degree in English Literature from the University of Wyoming.

Mrs. Thompson worked for Green River School District #2 for 19 years having retired in 1987 as an English and Physical Education Teacher.

She loved spending time with family; crocheting, musical activities and she loved dogs.

She was preceded in death by her parents; husband; one sister, Jean Moore; one daughter, Donna Mitchell; one son, Shane Thompson.

Funeral Services will be conducted at 11:00 A.M. Wednesday, August 31, 2022 at The Church of Jesus Christ of Latter-Day Saints Stake Center, 120 Shoshone Avenue, Green River, Wyoming. Friends may call one hour prior to services at the church.

Internment will be in the Millburn Cemetery in Fort Bridger, Wyoming.