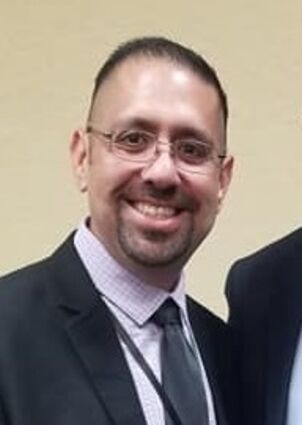 "Sweetwater County deserves the best and I am the best candidate," German said. "I have been a public servant for 15 years and enjoy giving back to my community."

German and his family moved to Sweetwater County in 2018. Now he hopes to make Western a place that not only his family can attend, but a place where residents would want their families to attend as well.

"WWCC needs a trustee with honor, ethics, and integrity, which I will bring," German said.

The experience German brings includes being a sergeant with the Sweetwater County Sheriff's Office, working in law enforcement for 15 years, being a substitute teacher in both SWCSD #1 and SWCSD #2 on his days off, being a former adjunct instructor, and being a police officer and standards training certified instructor.

"I want you to know that I will represent the residents of this community," German said. "I have served on boards in the past and my votes have not always been what I personally wanted. I vote for the people I represent, not for what I personally want. I am part of the Knights of Columbus in Green River and enjoy helping out my community where ever I can. When put in the position to represent you, I plan to vote for what is in your best interest. A vote for me in November is a vote for your family, friends, and your community's future. Don't settle when it comes to being represented, vote for someone who is looking out for your best interest."

German said he looks forward to meeting and talking with residents and wants to hear from everyone. He encouraged anyone to reach out by emailing electgilgerman@gmail.com or calling (307) 922-0610.