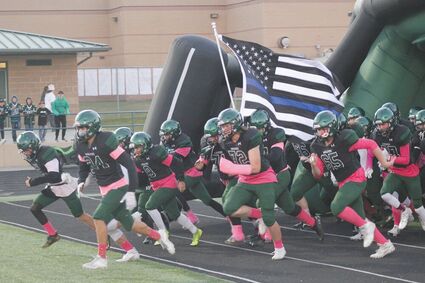 The Green River Wolves football team charges onto the field last year during a home game.

The Wolves football team is ready for the new season, and heading in with a group of experienced players.

"Currently, every starter on both sides of the ball is a senior," Head Coach Kevin Cuthbertson explained. "In 22 years of coaching, I don't think I've ever been fortunate enough to have every starter be a senior. So that's pretty incredible for us."

Cuthbertson said he's excited for the season, especially with so many players returning.

"We were very young last year, which meant a lot of underclassmen were starting," he said. "They're coming back as seniors this year, so we're bringin...