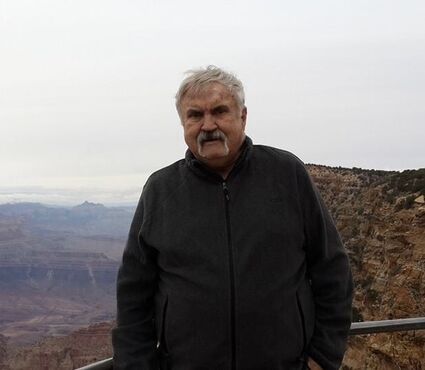 He was born in Rock Springs, Wyoming on December 10, 1947, the son of Gary Hawks and Alice Harns.

Mark graduated from Rock Springs High School with the class of 1967 before starting a career in law enforcement working as a police officer and then as a sheriff. He then worked as the safety manager for John Bunning Transfer Inc. for 33 years until his retirement in march of 2015.

He married Krystal Karol Scott in Rock Springs on April 29, 2021.

Mark was a member of the Elks Club, the Historical Museum Society, the Wyoming Trucking Association and the National Guard.

He enjoyed spending his free time painting, fishing, fly tying, and being on the road.

He was preceded in death by his parents Alice and Gary Hawks.