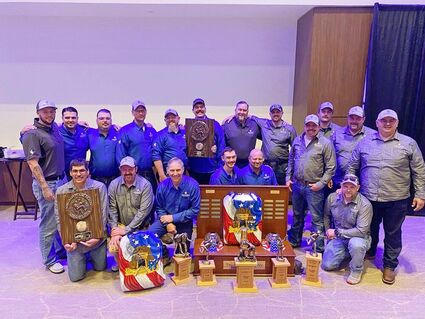 Four local mine rescue teams from Genesis Alkali and Sisecam recently competed at the annual Mine Safety Health Administration National Mine Rescue Competition in Lexington, Kentucky.

Every team came away with at least one first place win, with both teams from Genesis coming away with "a boatload of top awards," according to Genesis Director of Communications David Caplan.

"We're all very proud of our 18 Genesis Alkali miners who represented Genesis Alkali at the event and demonstrated why we continue to be among the mining industry safety leaders," Caplan said.

The national competition was held Aug. 8 - 11. Teams competed in tech, bench, first aid, and field competitions, with the overall winners ranked based on the combined scores of the other competitions. Scores are calculated from the number of deductions each team receives for mistakes made during competition, so the team with the lowest total wins.