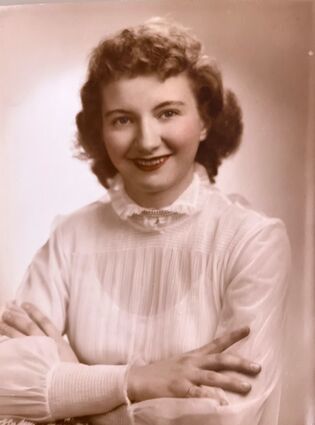 Home. Where each lives for the other, and all live for God. On August 2, 2022, angels appeared to escort Elizabeth M. "Betty" Hess to be with her husband, George J Hess in heaven. She was 89 years old.

Born May 26, 1933 in Brooklyn, New York to the late Harold and Elizabeth Morton, Betty had a choice to pursue a professional singing career or have a family. Betty chose family. She married George Hess on April 17, 1955 in New York. George's work took them to several different states. They finally settled down in Green River, Wyoming. Betty was an exceptional wife and mother. She cared deeply for her family, and she supported George as he built up his general contracting company.

Betty was passionate about her faith and love of God. She was very active with religious education at Immaculate Conception Catholic Church in Green River. Even though she did not become a professional singer, Betty continued to share her beautiful voice in the church choir. People will remember her most for singing "Oh Holy Night" at Christmas Mass and Ava Maria at Easter Mass.

Memorial contributions may be made to Parent Project Muscular Dystrophy in honor of Betty's great grandsons, Bain Hess and Atlas Rabon.