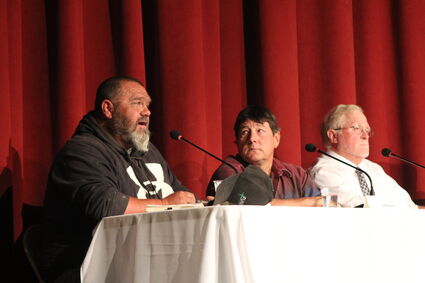 Republican candidates took the stage at the Broadway Theater in Rock Springs Monday, Tuesday and Wednesday night this week to debate their opponents in the upcoming primary election.

One of the more heated debates was for the position of Sweetwater County Sheriff Monday night, while the longest was Tuesday night's debate between the candidates for Sweetwater County Commissioner, which lasted two hours.