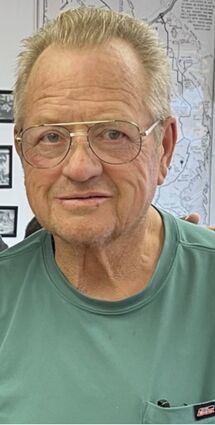 Raymond L. Searle, 74, passed away with his family by his side Monday, August 1, 2022 at his son's home in Rock Springs, Wyoming. He was a resident of Green River for 33 years. He died fighting a courageous battle with Cancer and complications due to diabetes.

He was born September 28. 1947 in Salt Lake City, Utah; the son of Robert Leo Searle and Illa Weeks.

Mr. Searle attended school in Midvale, Utah and was a 1966 graduate of Hillcrest High School. He was a Private Pilot and loved flying his own plane.

He married Vera Kaye Chipman February 20, 1970 in Midvale, Utah. Their marriage was sealed for all time and eternity at the Salt Lake Temple

He worked for the City of Green River for 20 years having retired June 11, 2011 as an Auto Mechanic.

Mr. Searle was a member of The Church of Jesus Christ of Latter-day Saints. He was an active member of his church.

He enjoyed time with his family; hunting; camping with family; being a snowbird; flying his plane with son Bryan; riding his side by side with the love of his life Kaye.

The family respectfully requests donations be made in Raymond's memory to the charity of your choice.

The entire Searle family would like to express their gratitude for the care given to Raymond by Dr. Iliya and Hospice of Sweetwater County.