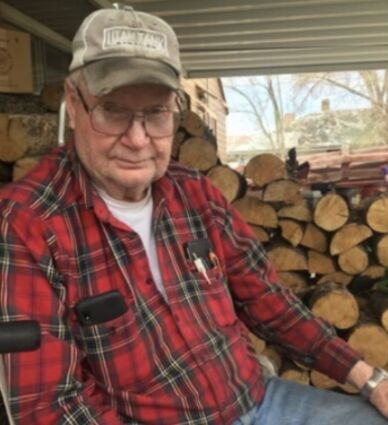 He was born on April 25, 1937 in Green River, Wyoming, the son of Thomas Luther Brannan and Georgia Mae Eves Brannan.

Mr. Brannan attended schools in Green River and graduated with the class of 1956. He received two Associate Degrees from Western Wyoming Community College.

He retired from FMC, Chevron and Simplot. He had many rentals that kept him busy in his adult lifetime.

Mr. Brannan met Vivian North, the love of his life, at the Rialto Theater in Rock Springs where she was selling popcorn.

They were married in Rock Springs at Trinity Lutheran Church on September 21, 1957. They had a wonderful life and family. Mr. Brannan is survived by three sons; Tom Brannan and wife Gail of Battle Mountain, Nevada; Bob Brannan and wife Rhonda of Rock Springs, Wyoming, and Mike Brannan and wife Lori of Sugar Land, Texas; two daughters Barbara Guhl and husband Robert of Rock Springs, Wyoming and Judy Brannan who preceded him in death from an auto accident. Tom was blessed with eight grandchildren: Jamie, Jennifer, RJ, Dillon, Chester, Devon, Abby, and Molly; eight great-grandchildren; one brother, James H. Brannan and wife Arlene of Bountiful, Utah; one brother-in-law, Gary North of Pasadena, MD and many nieces and nephews.

Tom was a devoted husband and father. He was an avid hunter and fisherman. He enjoyed spending time on the Red Desert where his two uncles homesteaded on a ranch. He enjoyed his cabin in Pinedale, WY. Tom and Vivian enjoyed traveling throughout the world together.

Graveside Services and Interment will be conducted at 10:00 A.M. Wednesday, July 27, 2022 in the Rock Springs Municipal Cemetery.

Condolences may be left a http://www.vasefuneralhomes.