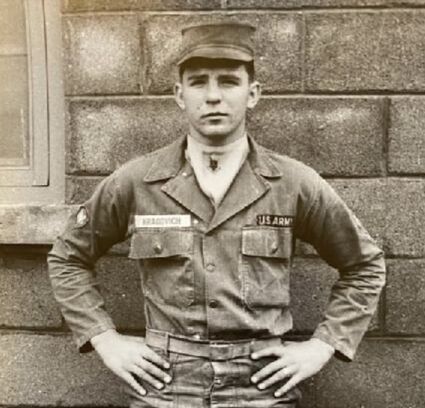 He attended schools in Rock Springs and was a 1955 graduate of Rock Springs High School. Nick attended The Signal School in Fort Monmouth, New Jersey to become a Camera Equipment Repairman for the Army.

He married Bettye Norwood in 1960 in Rock Springs, Wyoming and they later divorced.

His companion of 25 years was Trudy Hale.

He was a United States Army Veteran. He was very proud to have served his country.

Nick worked for Cream of Weber for 30 years until his retirement in 1977 as a manager. He previously worked for Stansbury Coal Mine; Texas Reamer and Rock Springs Block.

He enjoyed spending time with family; hunting; fishing and going up north camping.

He was preceded in death by his parents; one brother, Jimmy Kragovich; two grandsons, Nicolas Smith; Benjamin Smith and one cousin, Arthur Pivik.

Cremation will take place; a Celebration of Life and Military Honors will be conducted at 2:00 P.M. Thursday, July 28, 2022 at the Vase Funeral Home, 154 Elk Street, Rock Springs, Wyoming. Friends may call one hour prior to services.