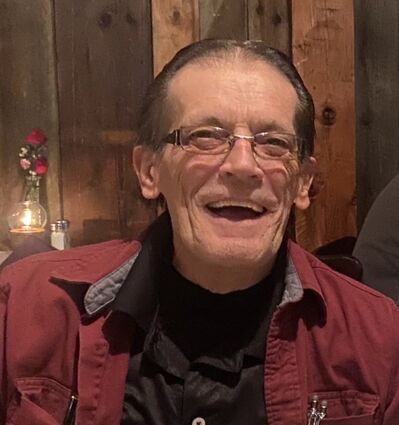 Everett Freeman Arnold, 65, passed away July 18, 2022 at his home in Rock Springs, Wyoming. He was a resident of Rock Springs for the past 48 years and former resident of Casper, Laramie and Rawlins.

He owned and operated ABI Winterhawk Recovery for the past 13 years having retired in April 2022 as a Caregiver. Mr. Arnold dedicated his life to take care of Steven Haworth since 2004.

His interests included bowling; hunting; fishing and the great outdoors. Everett loved hosting family dinners and cooking a feast for all. He enjoyed playing Santa for Christmas and making sure everyone had a wonderful magical experience. He was an avid lover of the Native American Culture.

A very special moment in Everett's life is when he was received his papers from the International Bowling Museum Hall of Fame for his perfect 300 bowling game on April 7, 2007 during the Ken Gregory Memorial Tournament. He was on Rocky Mountain Power Sports #11 Handicap Team of Champions with a score of 3763.

He is preceded in death by his father, Lyle Christian Arnold; three brothers and three sisters.

Graveside Services and internment will be conducted at 2:00 P.M. Wednesday, July 27, 2022 at the Rock Springs Municipal Cemetery.