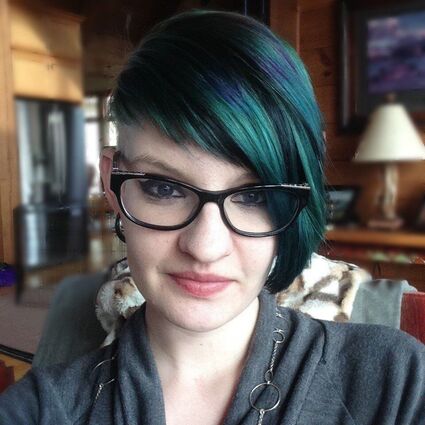 Carissa Elise Byars, 28, died a year ago on July 22, 2021 at her home. The cause of death was congestive heart failure.

Carissa was born on August 23, 1992 in Rock Springs, WY, to Nadine Frances (Haines) Byars and James Roger Byars, Jr. She attended schools in Rock Springs and graduated in the top ten of her class from Rock Springs High School in 2010. She then moved to New York City and graduated, with honors, from New York University in 2014. She created her own major in the field of Environmental Sustainability.

Carissa was optimistic about life, always willing to try something new, and able to find humor in things. Even living with daily pain, numerous medical issues, and rapidly diminishing health she would joke about earning an honorary medical degree after all the time she had spent in doctor's offices, hospitals and reading medical studies.

Carissa was never afraid to stand up for herself, or others, or to voice her opinions, of which she has many. Her broad range of interests led to much in-depth research in a variety of subjects. Her friends and family could always count on her for good conversation, honest advice, and frequently a passionate debate.

Carissa had a unique aesthetic. She enjoyed bright colors and bold patterns and this was reflected in her makeup, hair, and outfits she wore. She enjoyed a variety of music genres, both listening and performing and had a beautiful singing voice. She enjoyed traveling, meeting people from all cultures, trying their foods, and learning their languages. Her years of living in New York City allowed her to develop a diverse group of friendships and her curiosity and quest for knowledge allowed her to thrive there.

Carissa is survived by her parents, Nadine and Jim Byars and her brother Aidan Byars, all of Rock Springs. She is also survived by six aunts, two uncles, and ten cousins residing in Maryland, Virginia, North Carolina, South Carolina, Georgia, and Florida. Her special rescue dog Hazy also survives her.

She was preceded in death by both her maternal and paternal grandparents as well as two maternal uncles.

"Our Joys will be greater, our love will be deeper, our life will be fuller because we shared your moment." -Unknown

Condolences may be held at http://www.foxfh.com.