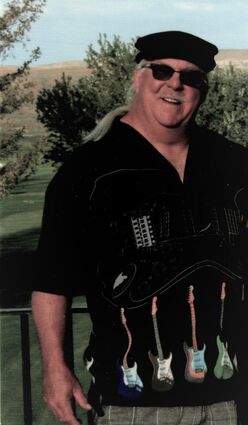 Glenn Montague "Monty" Boyce, 61, passed away Monday, June 6, 2022 at his home in Rock Springs, Wyoming. He was a life-long resident of Rock Springs.

Monty married Tammy Lynn Heidecker in July 1993 in Rock Springs, Wyoming. She preceded him in death on January 1, 2021.

He worked for Sweetwater County Road and Bridge for twenty one years as an Equipment Operator.

Monty loved spending time with his family especially his grandchildren. He was the ultimate papa. Monty enjoyed riding bicycles with his grandchildren and working on repairing them for all the neighborhood children. He played in the B#'s along with many other bands. He was an avid fan of The Beatles as well as the Rocket Miner. His morning ritual was to do his crossword puzzle. Monty never met a stranger and was a friend to everyone.