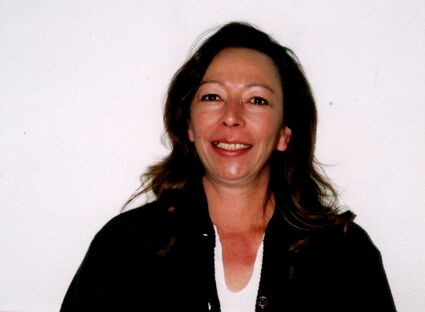 Penny Tripp 63, died on Friday, June 24, 2022 at Sweetwater Memorial Hospital. She was a resident of Rock Springs, Wyoming.

She was born January 14, 1959 to Helen (Duran) and John Paiz in Trinidad, Colorado. Penny grew up and worked on a small ranch and sawmill near Gulnare, Colorado. She graduated from Aguilar High school as the salutatorian of her class and an all-conference volleyball player. She also worked at the Aguilar truck stop for several years. She attended Trinidad Junior College on a volleyball scholarship and graduated with a degree in accounting.

Penny moved to Casper in 1978, where her brother James and sister Kay lived. In Casper Penny worked for True Drilling, the United Steelworkers, and Peterbilt Trucking. Casper was where she met her husband, Craig Tripp. She married Craig in Las Vegas, Nevada on January 15, 1982 and just celebrated their 40 year anniversary.

Her and Craig moved to Rock Springs in 1983 where Penny raised their two daughters, Danielle and Shelby. Penny volunteered at her daughters' schools and was a substitute teacher for several years. Penny got her license to sell real estate and enjoyed helping people find their special home for the last 27 years. Penny enjoyed watching her daughters play softball and other sports. She volunteered for the softball league for several years as the treasurer and scorekeeper. She loved cheering for her girls playing sports and cheering for the Denver Broncos. She loved cooking for her family and also loved spending time with her five grandchildren, especially in the kitchen.

She was preceded in death by her father, John Paiz and brother, Daniel (Danny) Paiz.

A Vigil Service with Rosary will be conducted at 10:00 A.M. Tuesday, July 5, 2022 at Our Lady of Sorrows Catholic Church, 116 Broadway Street, Rock Springs, Wyoming. A Celebration of Life will be conducted immediately following the Rosary at the Church.