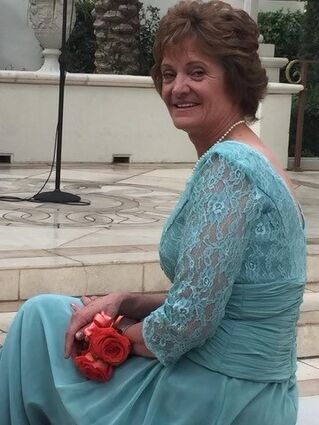 Patty was born to Albert and Louise Allais on August 27, 1959 in Rock Springs, WY. She was the youngest of four siblings and graduated from Rock Springs High School in 1977.

She earned her bachelor's degree in Elementary Education from the University of Wyoming. She started her teaching career at the Catholic School in Rock Springs. She then worked at Overland Elementary School working alongside her sister-in-law, Jan Allais, teaching 4th grade for most of her 30-year career.

Patty met Stephen "Steve" Sager in Rock Springs and got married June 19, 1982. Patty and Steve raised their two children, Anne and Scott in Rock Springs. Patty enjoyed playing horseshoes, where she won the State Championship several times in a row before hanging up her shoes. Patty had a competitive spirit, not only in Horseshoes, but PIG, Scrabble, Cribbage, almost anything she played; she wanted to keep going until she could end with a victory.

After their children graduated from high school, Patty found a new passion for riding her Harley Davidson on the open road with her husband and "Harley Gang" to explore new scenery. It was on the road that Steve and Patty found Prescott Valley, AZ where they purchased their retirement home in 2014. After moving to Arizona, they found new hobbies and friends through kayaking and side-by-side riding.

No matter where Patty lived, she would get deeply involved in her community, serving on boards, coaching, or lending a helping hand anywhere she could. Patty had a positive lasting impact on numerous people including students, coworkers, friends, and family. She will be greatly missed by many.

She was preceded in death by her brother, Ken Allais, her mother, Louise Allais, and her father, Albert Allais.

A Vigil Service with Rosary will be conducted at 10:00 A.M. Friday, July 1, 2022 at Out Lady of Sorrows Catholic Church, 116 Broadway Street, Rock Springs, Wyoming. Funeral Services will be conducted immediately following the Rosary at the Church. Internment will be in the Rock Springs Municipal Cemetery.