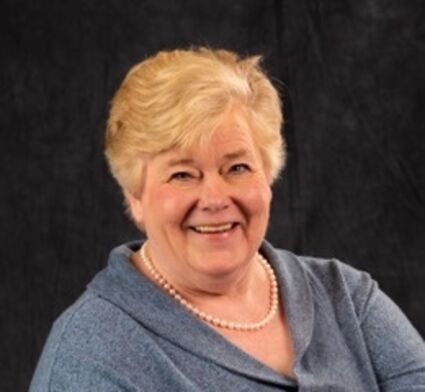 Leesa Kuhlmann wants to bring balance to Wyoming's state government, which is why she's running for election to Senate District 13.

"The only way you can make change is to get involved," Kuhlmann said. "And I think Wyoming needs a change."

Senate District 13 includes "most of Green River and part of Rock Springs," Kuhlmann explained. She will be unopposed in the primary election as the only Democratic candidate. The two Republican candidates running for the same district are incumbent Tom James and Stacy Jones.

Should she be elected, Kuhlmann's biggest goal is to bring balance to Wyoming's Senate by offering new perspectives and ideas on solving problems.

"It's time to make sure that we have people in [government] that have differing opinions and can have civil dialogue," Kuhlmann said. "If we just have one party, options get closed, and we only see a very narrow direction that we're heading. I want to open that and give us some more options."

"I feel like we have an obligation to take care of those that are less fortunate than ourselves," Kuhlmann said.

She believes expanding Medicare is one of the best options for helping people who are struggling throughout the state, particularly since it would use federal funds that are freely available.

Another area Kuhlmann would like to see expand is economic development in Wyoming, especially locally.

"I really want to be an advocate for Sweetwater County," she said. "I feel like sometimes we get left behind."

Kuhlmann believes the county has a lot to offer, especially in the realms of tourism and industry, as well as potential for more growth. She'd also like to see infrastructure be fortified and alternative energy solutions explored.

Along with economic growth, Kuhlmann hopes to bring more quality, sustainable jobs to Wyoming. She is concerned for young people who leave the state to find work, and hopes to give them more opportunities to stay here to provide for themselves and their families and be part of the community.

Another important topic close to Kuhlmann's heart is school funding. She believes the cuts that have been made directly contribute to teacher burnout and a decrease in the quality of education across the state. To answer this, Wyoming needs to use the money

available in reserves to maintain the constitutional right to quality education, according to Kuhlmann. She pointed out people have called the reserves a "rainy day fund," and she believes "it's raining."

"We need to stop attacking teachers," Kuhlmann added, saying making teachers the target has contributed to the problem, and they should be trusted as experts and treated as professionals.

Many of the issues Kuhlmann cares about are ones she believes are important to the people of Wyoming. Most people in Wyoming are supportive of both Medicare expansion and diverse economic growth, she said. And when it comes down to it, she wants to support what the people of Wyoming want.

"I would like to be an advocate for my constituents and listen to them," she said.

Kuhlmann comes into the race with has 40 years of experience in education, as well as three degrees from the University of Wyoming and graduate work at four different universities. She has also been a part of many organizations and held positions at a county level and a state level, including her current positions as the Secretary Treasurer of the Wyoming Education Association for retired teachers.

"I've always wanted to give back to the community," Kuhlmann said. She sees running for Senate District 13 as her next opportunity to do so.