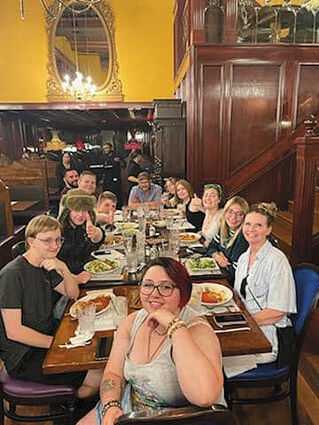 Eight Green River High School students were among the 6,000 participants from 1,500 schools who made their way to Louisville, Kentucky last week to take part in the National Speech and Debate Tournament.

The Wolves Speech and Debate team members all participated in the six initial rounds of the tournament, with several students competing in multiple events. While none of the students "broke through" to the later rounds, according to Head Coach Dan Parson, they still worked hard through their three days of competitions.

"Everybody did well and they felt like they did their best and learned...