RS man makes it in Hollywood 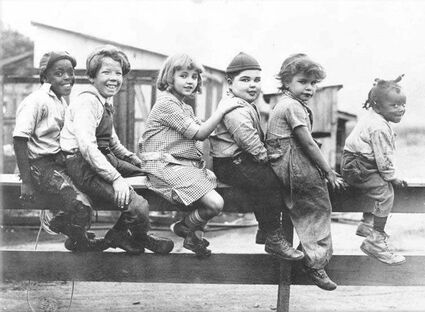 Rock Springs native Mickey Daniels, second from left, and other "Our Gang" cast members from the original silent film series.

One of the hardworking volunteers at the Sweetwater County Historical Museum in Green River recently came across a portrait of a young man named Mickey Daniels and inquired about who he was. Daniels, from Rock Springs, was a prolific film actor in the 1920s and 1930s.

Mickey Daniels, born Richard Daniels Jr. in Rock Springs Oct. 11, 1914, was the son of Richard Daniels, himself an actor born in Wales, and his wife Hannah. Mickey started performing young, and he was spotted by a talent agent during a performance at the Rialto Theater on South Main Street in 1921. Like many theaters of the ti...