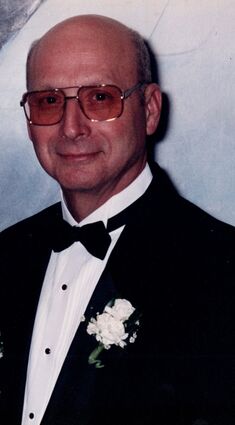 He was born July 9, 1929 in Cortland, New York; the son of Ray Clifford Curtis and Minnie A. Moot.

Mr. Curtis attended schools in South Olselic, New York and was a 1946 graduate of Oneida High School. He received his Bachelor's Degree in Electrical Engineering from Syracuse University.

Mr. Curtis worked for General Chemical for 38 years and retired June 1, 1988 as a Manager of Engineering.

He enjoyed square dancing; traveling; woodworking; volunteering at AARP tax , family Christmas vacations and delivering Meals On Wheels to senior citizens for 28 years. Ray said "some of my happiest moments were my wedding day; promotions I received during my tenure at work and associations with people at church."

Mr. Curtis was a member of Rotary Club and also served as President.

He was a member of Union Congregational Church (UCC), he served his church as a Deacon; Elder, Trustee and Church-Bell Choir Member.

Mr. Curtis served on the Board of Directors for Golden Hour Senior Center in Green River, Wyoming.

Funeral Services will be conducted at 10:00 A.M. Friday, March 11, 2022 at Union Congregational Church, (UCC), 350 Mansface Street, Green River, Wyoming. Interment will be at Riverview Cemetery. Friends may call one hour prior to services.