"Once Upon a Mattress" shares meaning amid its silliness 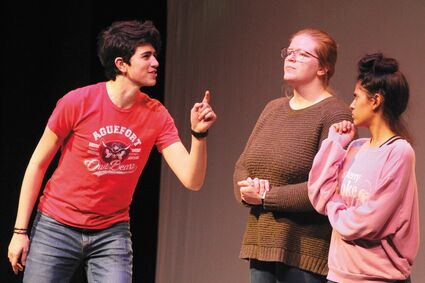 Sir Harry, played by Marquel Hawkins, argues the princess he went in search of is in fact a valid princess in order to convince the skeptical Queen Aggravain, played by Emma Lowell, and Wizard, played by Briana Larsen.

A well-known fairy tale is coming to life in a new and fun way with Western Wyoming Community College's latest theatrical production, "Once Upon a Mattress." In this musical, the classic story of "The Princess and the Pea" by Hans Christian Anderson is retold in a story that's upbeat, sweet and silly.

In putting on this light-hearted show, Director Eric de Lora decided to lean into the silliness.

With jazzy tunes and clever lyrics, the music itself keeps the show exciting, according to de Lora, but he's also seen productions which felt static....