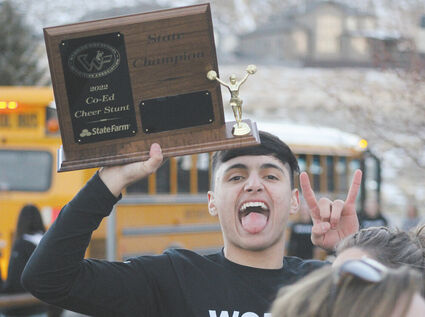 The Green River High School cheerleading team earned a state title over the weekend after competing against the larger schools in the 4A division.

The team took first in the Co-Ed Stunt competition, scoring 86 points to secure the state title. The team also took second in the Game Day category, scoring 86.1 points. Head coach Allison Luna said the cheer team competes at the 4A level because the squad is larger than cheer teams fielded by the other 3A schools.

"I like to try and challenge our kids to compete against the larger schools," Luna said.