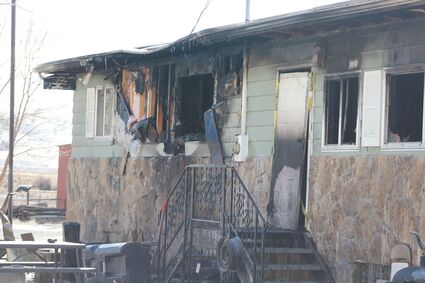 A combined effort from two fire fighting agencies and more than two dozen firefighters was needed to quell a house fire that ignited near Green River Tuesday morning, resulting in a 34-year-old woman being severely injured from burns.

A house fire at 1600 Highway 374 was reported at 4:29 a.m. Tuesday morning, west of Green River. A release from the Sweetwater County Sheriff's Office states a driver saw the fire from Highway 374 and helped rescue the occupants before the first fire engine arrived. According to Assistant Green River Fire Department Chief Bill Robinson, three trucks from the G...