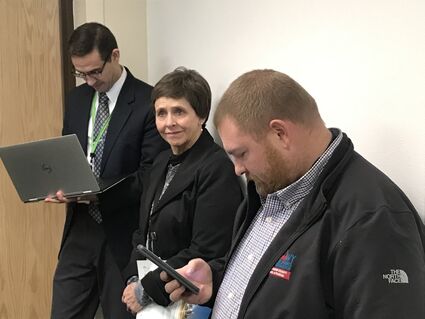 The building was locked down at about 9:35 a.m. after an individual called the county's dispatch center and issued a threat against the courthouse. According to Sweetwater County Commissioner Randy Wendling, the threat revolved around a claim the caller made about their plans to gun down employees in the Sweetwater County Attorney's Office and attack the county commissioners. He said the threat also alleged a pipe bomb had...