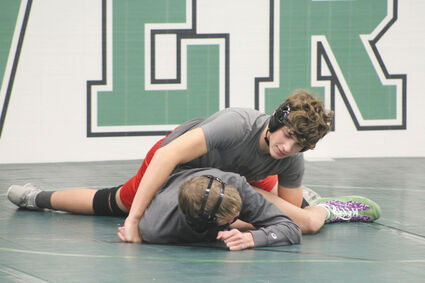 The Green River High School wrestling program started their season strong with their first competition at the Wasatch Duals in Heber City, Utah.

Wisniewski said the boys wrestled aggressively and showed their desire to win throughout the tournament.

"It was exciting to see our team's competitiveness," he said.

Amongst the varsity wrestlers, Wisniewski said he was impressed with both Tommy Dalton and Spencer Wright. Dalton was undefeated during the weekend, going 8-0 with seven pins. Dalton also defeated a...