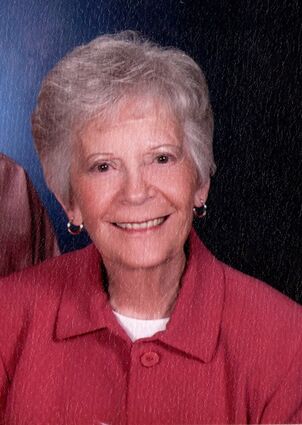 Margaret "Margo" Clark, 88, passed away Monday, December 6, 2021 at her home in Rock Springs, Wyoming. Margo, a life-long resident of Rock Springs, Wyoming, died following a courageous battle with cancer that had prolonged since 1995. She was a true fighter and survivor, rarely complaining of her longstanding fight.

Margo was born on May 15, 1933 in Rock Springs, Wyoming, the daughter of Mike Zakovich and Rusty Foster.

Margo married Alex Clark in 1951 in Jacksonville, Florida while Alex was stationed in Florida during his stint in the Navy. The young couple spent their early years of marriage at various naval bases. Upon Alex's honorable discharge, the couple returned to their hometown of Rock Springs and started a family, first welcoming their daughter Susan, and then their youngest daughter, Jan. Alex was the love of Margo's life, and vice versa. After 65 years of marriage, he preceded her in death on November 18, 2016.

Margo was a bookkeeper for her father's company, Zak Motors, as well as for various endeavors that Alex pursued, including Rocky Mountain Recycling.

She was a member of the First United Methodist Church. Her church family and faith were very important to her. She was also a member of Chapter AE PEO for more than sixty years wherein she formed many dear friendships.

Margo loved spending time with her family and friends, as well as her church family. Her family was very important to her, and she cherished her many friends. Margo never met a stranger and was apt to engage anyone she met in a good conversation. Any friend of Margo's can attest to her vast knowledge of Rock Springs history and her love of visiting about the past. She enjoyed playing bridge, traveling, and baking, being well known for her famous fudge. Margo enjoyed trips with her family. Indeed, none of them will forget the memorable Disneyland trip Alex and Margo took the family on for their 50th Anniversary, as well as many other cherished outings. She was a homemaker, loving wife, mother, sister, grandmother, and great friend.

She was preceded in death by her husband, Alex Clark Jr .; parents, Mike and Rusty Zakovich; mother and father-in-law, Alex Clark Sr. and wife Helen; one sister, Marlene Taucher; and one sister-in-law, Carole Bailey.

Cremation will take place; a Memorial Service will be conducted at a later date.

Condolences may be left at http://www.vasefurneralhomes.com.