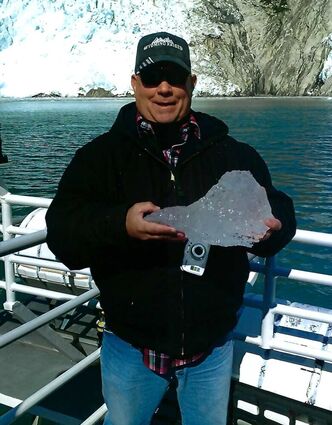 Jeff Pedersen was born in Salt Lake County, Utah, December 20, 1961. After a valiant fight with COVID he peacefully passed away on October 28, 2021.

He had an interest in history and a knack for storytelling, he enjoyed taking his son, grandson and granddaughter on adventures exploring historical trails and landmarks. He recently wrote and had published, "A Young Pioneer's Journey in 1851" an accomplishment he had been working on for years.

He married his sweetheart, Renee McDonough, a native Wyomingite, and they treasured living in Wyoming surrounded by family. His passions were fishing and hunting in Wyoming and Alaska, as well as hands on studies of many historical, geological, and paleontological areas. However his favorite thing was taking his grandkids swimming.

He owned and operated Aim Home Inspections and enjoyed visiting with all the "sellers" and "buyers" during his inspections; he had a great relationship with Realtor's in South West Wyoming.

He is survived by his wife Renee, son Andrew, daughter – in- law Michele, grandson Peder and granddaughter Josey. His mother-in-law Patti McDonough and two brother-in-law's Dan McDonough and Jack McDonough all from Rock Springs, and his Alaskan fishing buddy Jim Smith of Kenai, AK.

He was preceded in death by his parents and grandparents.

Jeff requested that no services be held.