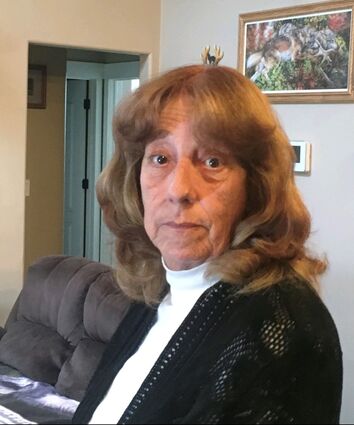 Barbara Gunyan, 69, passed away Wednesday, October 27, 2021 at Memorial Hospital of Sweetwater County in Rock Springs, Wyoming. She passed away from a lengthy battle with COVID. Mrs. Gunyan was a long-time resident of Rock Springs and former resident of Idaho.

She was born November 21, 1951 in Wallace, Idaho; the daughter of Grant Gibbons and Edna Ball.

Mrs. Gunyan attended schools in Idaho and Rock Springs, Wyoming. She was a 1970 graduate of Rock Springs High School.

She worked for Sweetwater School District #1 in Food Service for eight years. In 1998 she started working for American Legion Archie Hay Post #24 until her retirement in November 2017 as the Manager.

She loved spending time with her family, camping, hunting and the great outdoors. Mrs. Gunyan enjoyed bowling and reading.

She was preceded in death by her parents; husband and one brother, Cliff Gibbons and one grandson, Curtis Elam.

Cremation will take place; a Celebration of Life will be conducted at 11:00 A.M. Thursday, November 4, 2021 at American Legion Archie Hay Post #24, 551 Broadway Street, Rock Springs, Wyoming. Inurnment will be in the Rock Springs Municipal Cemetery.