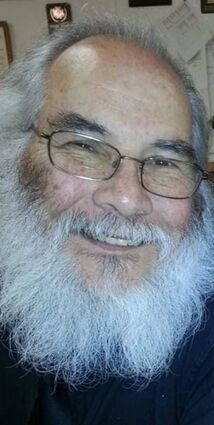 Roger Leroy Sanchez, 71, passed away Saturday, October 2, 2021 at Mission at Castle Rock Rehabilitation in Green River, Wyoming. He was a resident of Green River for the last 48 years and former resident of Colorado.

He attended schools in Colorado until he joined Job Corps.

He worked at General Chemical for 25 years until his retirement in 2002 as a Surface Mechanic.

Roger was a movie buff and a jokster who LOVED watching Denver Bronco Football. He enjoyed spending time with family, especially his grandchildren; collecting baseball and football cards; traveling to Cabo San Lucas, Mexico with his family and was an animal lover. His smile and laugh were infectious. He loved his family fiercely; his grandchildren were his everything. Roger ardently loved his family and friends; he was fondly referred to as "Papa" by everyone. At Christmas time, children would mistake him for Santa Clause because of his white hair and beard. He deemed himself "Sanchez Clause." He will be loved and missed beyond measure

He was preceded in death by his parents, one brother, Ray Fernandez; and one sister, Penny Turner.