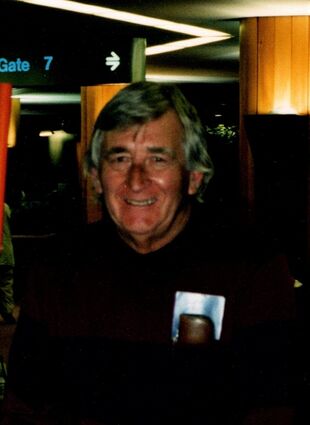 George Fech, 90, passed away on Monday, September 20, 2021 at the Wyoming Medical Center in Casper, Wyoming. He died following a sudden illness. He was a lifelong resident of Rock Springs, Wyoming.

He was born on June 19, 1931 in Rock Springs, Wyoming; the son of Michael Fech Sr. and Zuzana Semanick

Mr. Fech attended schools in Rock Springs, Wyoming and was a 1949 graduate of the Rock Springs High School.

He married his first wife Martha Fech and she preceded him in death.

He then married Edith Roberts on June 22, 1972 in Las Vegas, Nevada and she preceded him in death.