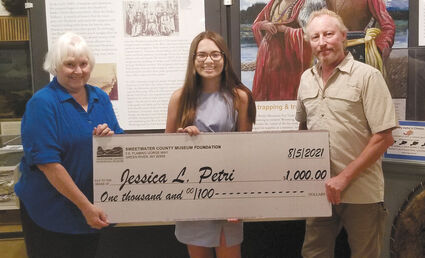 Jessica Lee Petri of Green River, a new freshman at the University of Wyoming, won a $1,000 scholarship for her essay, "Carnegie Capitalism: An Analysis of the Importance of Philanthropy in Maintaining a Free Economy."

Faith Duncan, a junior at the Green River High School, submitted her essay entitled "How Local History Inspired Me to Use My Voice to Spread Change" and won a $100 prize.

Funding for the contest's awards was provided by the Sweetwater County Museum Foundation.

The museum's director, Dave Mead, joined the rest of the museum staff in congratulating the winners, whose essays will be published next week in the Green River Star.