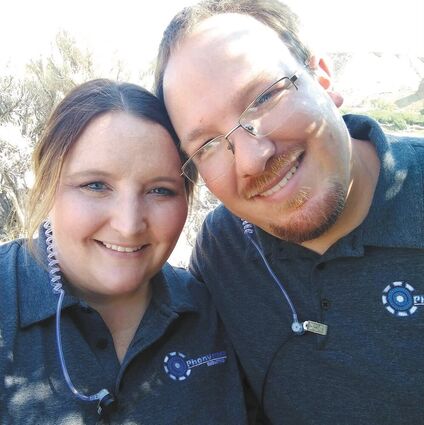 Matt Robles, pictured here with his wife Sarah, was recently hired to take over the Lady Wolves soccer program.

A new head coach will take over the Green River High School Lady Wolves soccer program after former head coach Chris Nielsen stepped down from the position in May.

Matt Robles was announced as the new coach in a press release issued Tuesday. He currently works for the Sweetwater County School District No. 2 as a member of its maintenance and grounds crew.